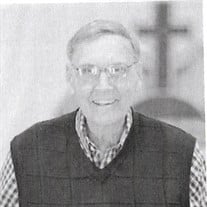 Billy Russell Kinard, Sr. December 16, 1933-June 30, 2018 “...let him who boasts boast of this, that he understands and knows Me, that I am the LORD who exercises loving-kindness, justice, and righteousness on earth; for I delight in these things,” declares the LORD. Jeremiah 9:24 Billy Kinard’s departure of his earthly body and his entrance into the presence of Jesus occurred peacefully at his home in Fort Payne while surrounded by his immediate family. He was born in Jackson, MS, spent his childhood there, and graduated from Jackson’s Central High School in 1952. A high school football and baseball standout, he attended the University of Mississippi in Oxford on an athletic scholarship where he played four seasons of football and three seasons of baseball. During his junior and senior years, his teams won the Southeastern Conference football and baseball championships. He was named third team football of the SEC in 1955 and first team baseball of the SEC in 1956. In 1956 he and his baseball teammates participated in the College World Series. Following graduation, he entered the National Football League as a second round draft choice by the Cleveland Browns. His professional playing experience as a defensive back also included stints with the Green Bay Packers and Buffalo Bills. The next phase of his career included coaching defensive backs in college and professional ranks: Auburn University, University of Florida, University of Georgia, University of Arkansas, University of Mississippi, Green Bay Packers, Cleveland Browns, and New England Patriots. He concluded his career as a coach and teacher in Alabama high schools. With such accomplishments, it would be tempting to boast and delight in these things; however, Billy’s priorities were his faith and his family. As Billy was known to say to all, “Yes, football was a big part of my life but nothing to compare with Christ who is my life.” Those who knew and loved Billy would agree that he placed God before sports. His primary interest outside of work was spending time with his family, especially family vacations in much of the United States. He and his college sweetheart and wife Kay played mixed doubles tennis for years with fellow coaches and players and their wives. Attendance and participation in church were hallmarks of the Kinards. At his passing, Billy was a member of Grace Presbyterian Church of Fort Payne, AL. His memorial and life celebration will be held there on Tuesday, July 3, at 2:00 with visitation for friends and family beginning at 12:00. Officiating at the service will be Rev. John Mathieu, Rev. Ashley Dusenbery, and Rev. Billy Dempsey. Private interment at Glenwood Cemetery in Fort Payne will be held at a later date. Survivors include his wife of 62 ½ years, Kay Horton Kinard; son Bill R. Kinard, Jr., of Fort Payne; daughter Kathy Kinard of Huntsville; grandchildren Josh Fallon, Ben Fallon (Laura), Daniel Fallon (Jade), Rachel Hurlebaus (Adam), and Aaron Kinard (Nichole); and great-grandchildren Jude Kinard, Carter Kinard, Charlie Kinard, Ethan Hurlebaus, Jacob Fallon, Harley Fallon, Lyla Fallon, Russell Fallon, and James Fallon. Preceding him in death were parents Pearl Wooley Kinard and Major Henry Kinard; brothers Ernest Kinard, Frank “Bruiser” Kinard, George Kinard, and Henry Kinard; and sisters Juanita Kinard and Dean Kinard. In lieu of flowers, memorial donations may be made to the missions fund of Grace Presbyterian Church (5760 Gault Ave. NW, Fort Payne, AL 35967), the missions fund of Wills Valley Community Church (1311 Isbell Blvd. NW, Fort Payne, AL 35968), or to Home Instead Senior Care (2725 Rainbow Dr., Rainbow City, AL 35906).

Billy Russell Kinard, Sr. December 16, 1933-June 30, 2018 &#8220;...let him who boasts boast of this, that he understands and knows Me, that I am the LORD who exercises loving-kindness, justice, and righteousness on earth; for I delight in... View Obituary & Service Information

The family of Billy Russell Kinard Sr. created this Life Tributes page to make it easy to share your memories.

Send flowers to the Kinard family.