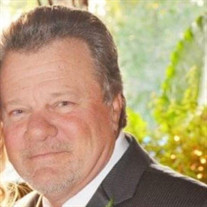 David Richard Morris, age 69 of Sand Rock, passed away on Sunday, April 18, 2021. Mr. Morris was born on October 18, 1951 to the late David & Nancy Goodspeed Morris in Akron, Ohio. He was a member of Sand Rock Baptist Church and owned and operated... View Obituary & Service Information

The family of David Richard Morris created this Life Tributes page to make it easy to share your memories.

Send flowers to the Morris family.