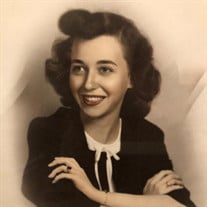 Francis Marie Lockmiller Durham, 92 passed away at her home in Fort Payne, Alabama on May 14, 2021. Born January 3, 1929 in Gadsden to Mr. and Mrs. Austin Richard Lockmiller. She attended Gadsden city schools where she was in the band as well as graduating from Gadsden Business College after high school. Mrs. Durham met the love of her life, Lowell Derward Durham, on a blind date while he was performing with the Dekalb Knights. They married in 1949 and moved to Fort Payne where they made their home and had one daughter, Connie Marie, and son, Russell Lowell. They were long time members of the First Presbyterian Church in Fort Payne where Marie served in many different roles including Sunday School Teacher, Bible school teacher, church secretary and other volunteer roles that grew into her being elected a deacon and then an elder. During her service to the church she was also elected President of the North Alabama Presbytery Women of the Church, Recording Secretary for the North Alabama Presbytery and was one of the first women to be elected to serve as a representative to the General Assembly of the Presbyterian Church. Mrs. Durham was blessed with a servant’s heart and she used it well giving to her family and the community. Her goal in life was to encourage others by showing kindness and love. Beyond her service in her church she was also a lifetime member of Landmarks of Dekalb County, Jayceettes, Fort Payne High School Band Boosters, United Federation of Doll Clubs, Brownie and Girl Scout Leader, as well as an avid Alabama fan and was known to yell, “Roll Tide!” although her usual demeanor was very reserved. Mrs. Durham was truly a family-devoted woman. She was a dedicated mother to her daughter Connie and son Russell. A true super-mom and consummate involved parent; moreover, she came in to one of her favorite roles in life when she became a grandmother. She made many lasting memories that will be cherished by the whole family. She is survived by her daughter Connie and son Russell, two grandchildren David Lagarde Hancock and Jenifer Hancock Wisniewski, three great grandchildren Kaylee, Alexander, and Joanne Elizabeth and sister-in-law Joanne Durham. She was predeceased by her parents Mr. and Mrs. Austin Richard Lockmiller, her husband Derward Durham, and her brother-in-law Hoyt Durham. Service will be held at Wilson Funeral Home in Fort Payne, Alabama on Sunday, May 16th. The viewing starts at 1:00pm and the service starts at 3:00 pm. In lieu flowers, please send donations to the First Presbyterian Church of Fort Payne Alabama, 300 Grand Avenue North, Fort Payne, AL 35967. The family extends their special gratitude to her excellent caregivers and Encompass Hospice. Wilson Funeral Home and Crematory of Fort Payne is in charge of arrangements.

Francis Marie Lockmiller Durham, 92 passed away at her home in Fort Payne, Alabama on May 14, 2021. Born January 3, 1929 in Gadsden to Mr. and Mrs. Austin Richard Lockmiller. She attended Gadsden city schools where she was in the band as well... View Obituary & Service Information

The family of Frances Marie Durham created this Life Tributes page to make it easy to share your memories.

Francis Marie Lockmiller Durham, 92 passed away at her home in...

Send flowers to the Durham family.