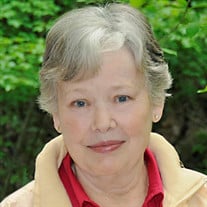 Jean Murphy Milstead, 78, of Mentone, Alabama passed away on July 30, 2018. The family will receive visitors from 10:30 AM with the funeral service to follow at 12 noon at the Wilson Funeral Home and Crematory located at Ft. Payne Alabama Thursday, August 2, 2018. Mike Ellis of Moon Lake Baptist Church, Mentone Alabama will be officiating. Graveside service, led by Bill Russell, Director of Missions at the Bibb County Baptist Association will be at Pineland Memorial Park in Centreville Alabama at 2PM, Friday, August 3, 2018. Funeral arrangements are being handled by Wilson Funeral Home and Crematory. Jean was born in Green Pond, Alabama on August 17, 1939. She graduated from Bibb County High School in 1957. Later she received a Bachelor of Science Degree from University of Alabama at Birmingham in 1978. She taught kindergarten at Cahaba Heights Elementary School for 15 years. Jean was married to Tom Milstead on July 24, 1959, they were married 59 years. They had 2 children, Phyliss Milstead Wright (Terry) and Daryl Thomas Milstead (Sandra ). She has been blessed with 4 grandchildren, Brittany Jean Von Kanel (Brent), Benjamin Scott Wright (Haley), Thomas Holt Milstead, and Cleveland Hugh Milstead. Her blessings continued as she received 3 great grandchildren, Lillan Reese Von Kanel, Michael Scott Von Kanel, and Ruby Jean Von Kanel. She enjoyed reading, sewing, quilting, gardening, and traveling. She was also actively involved in many ministries in her church. As a young girl she enjoyed playing piano for worship in Haysop Baptist Church. She taught young children in Sunday School and Vacation Bible School. Her love for books led Jean and Tom to build and care for a library in their church. She was also heavily involved in social ministries in her community. To all Jean was kind, elegant, and classy. Her family also knew her as fun, silly, and adventurous. She is loved by many and will be missed incredibly. In lieu of flowers memorial donations may be given to the UAB Women and Infant’s Center NICU Family Support Program. Checks can be mailed to 1700 6th Avenue South Suite 5350 Birmingham, AL 35233.

Jean Murphy Milstead, 78, of Mentone, Alabama passed away on July 30, 2018. The family will receive visitors from 10:30 AM with the funeral service to follow at 12 noon at the Wilson Funeral Home and Crematory located at Ft. Payne Alabama Thursday,... View Obituary & Service Information

The family of Jean Murphy Milstead created this Life Tributes page to make it easy to share your memories.

Jean Murphy Milstead, 78, of Mentone, Alabama passed away on...

Send flowers to the Milstead family.