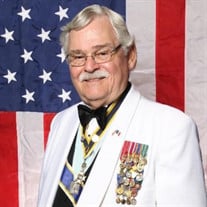 Oura Lee Swart was born on 14 June 1936, in the family home on the Northwest Kansas wheat and cattle farm as the 13th of 14 children born to his parents, George Martin Swart and Zula May Gilkerson Swart. He died on 17 January 2021 in Fort Payne,... View Obituary & Service Information

The family of Lee Swart created this Life Tributes page to make it easy to share your memories.

Send flowers to the Swart family.