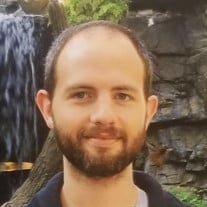 Matthew Blake Mitchell, 30, of Fort Payne, passed away August 11, 2018. He was a 2005 graduate of Fort Payne High School, and received a degree in Mathematics at the University of South Alabama. Funeral services will be 2 p.m. Saturday at... View Obituary & Service Information

The family of Matthew Blake Mitchell created this Life Tributes page to make it easy to share your memories.

Send flowers to the Mitchell family.