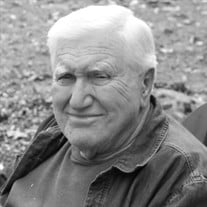 Robert "Bob" William Clark, age 91, devoted husband and father, left this world on March 31, 2021, to share his giant heart and humor with Heaven. He was born in Lee County, near Giddings, Texas; preceded in death by his parents, Calvin Robert Clark and Emily Schroeder Witte. Bob served in the US Army Air Corps and US Air Force for more than 20 years with tours of duty in New Mexico, New York, Texas, Louisiana, Japan, Germany, and Labrador with retirement at McGuire AFB, NJ. He was a Certified Dental Technician through the National Board of Certification, Washington, D.C., with additional training at Julius Adair in NYC. After retirement from the service, he worked at Davidson Dental Lab and Crowne Dental Studio in Shreveport, LA. Subsequently, he worked for 10 years with the US Postal Service in special delivery and express mail services. He and wife, Ann, moved to Fort Payne after visiting and falling in love with the mountains. He quickly built long-lasting relationships in the community. He founded a social group, "The Dead End Coffee Club" comprised of neighbors and friends, which will carry on after him. Bob had many talents and hobbies including his love for wood-working, fishing, camping, and music. Bob never met a stranger. When greeted he always said, "This is the greatest day of my life and tomorrow is going to be better." He believed it and LIVED it! He is survived by his wife of 56 years, Ann Partridge Clark, his son, Bob Clark (wife Cathleen) and his daughter, Jo Clark Hamby. His grandchildren are Brittany (husband Brett) Rusnak, Derk Hamby (wife Janina), and Greg Hamby (wife Danielle). His nine great-grandchildren are Izabella, Penelope, Roslind, Evan, Ian, Elyse, Isaac, Gracyn, and Harlow. Graveside services will be held at a later date at Arlington National Cemetery. Wilson Funeral Home and Crematory of Fort Payne is in charge of the arrangements, www.wilsonfhinc.com

Robert "Bob" William Clark, age 91, devoted husband and father, left this world on March 31, 2021, to share his giant heart and humor with Heaven. He was born in Lee County, near Giddings, Texas; preceded in death by his parents, Calvin Robert... View Obituary & Service Information

The family of Robert "Bob" William Clark created this Life Tributes page to make it easy to share your memories.

Send flowers to the Clark family.